The NEEPAH IPA Blend is our secret weapon for delivering the juiciest, tropical fruit bomb you’ve ever made. 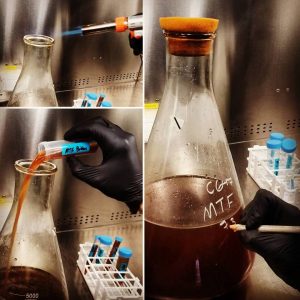 It’s easy to make a DDH New England-Style IPA hazy, but can you also drop an extra punch of danky goodness into it? The NEEPAH Blend is here to help!

BONUS: The NEEPAH Blend can also deliver a refreshing take on flavorful English and yeast-driven Ales. Every old style is new again!

We’re also super excited to release MTF Funklandia Mega Blend. For three years Bootleg has collected the dregs from some of the best homebrewed funky and sour beers at the Milk The Funk Homebrew Con Meet Up.

This year’s mixed culture blend is 100% unique and funky. Once this pre-sale is over, it’ll never be available again. Don’t sleep on this! (Read more details about the MTF Mega Blends in the July/August 2018 Zymurgy)

Your first chance to order the new NEEPAH IPA Blend and MTF Funklandia Mega Blend is during our next Internet Pre-Sale, which begins Monday, July 9 at Noon CT and ends on Sunday, July 15. All orders will then ship between July 30 and August 8.

Don’t forget, you’ll also be able to pick up fresh packs of: 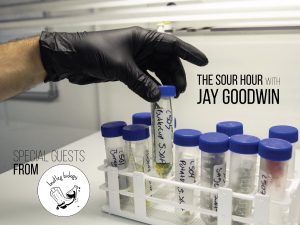 Pro Brewers: Commercial-sized pitches of all of our core strains are now available 24/7 through the Bootleg Shop.

It’s hard to think of a podcast that has been more influential for sour beer makers than The Brewing Network’s The Sour Hour.

Hosted by Jay Goodwin of The Rare Barrel, since day one this show has dropped knowledge, destroyed myths and interviewed some of the most respected brewers in the sour beer world.

A few months ago, Jay mistakenly invited the Bootleg crew on to his show to drink beer and talk about the Local Yeast Project, our commercial cultures, Nashville Hot Chicken, and…Keith Urban?

Our two-part interview, Episode 78 and Episode 79, is now streaming online.

(BTW, Jay is a hilarious dude. Be sure to check out his fun and informative Homebrew Con presentation “Biggest Mistakes in Sour Beer Making” when it’s posted by the AHA).

It’s hard to not to have a ton of respect for Josh Bernstein.  He’s been writing well-researched and informative prose from the front lines of craft beer for years now. So it was an honor when he wanted to include Bootleg in his newest project.

Homebrew World, is a gorgeous book and features secrets and recipes from 30 cutting-edge homebrewers from around the world.

Fellow Nashvillian and homebrew gadget genius, Chris Allen, is also featured in the book. Definitely worth picking up a copy!